“Recognizing that the right to differ is the centerpiece of our First Amendment freedoms, a government cannot mandate by fiat a feeling of unity in its citizens. Therefore, that very same government cannot carve out a symbol of unity and prescribe a set of approved messages to be associated with that symbol when it cannot mandate the status or feeling the symbol purports to represent.”

The following article is derived from my Memorandum in Opposition to the Defendants Motion to Dismiss on my Federal case Lomma v. Connors et al. CASE NO.  CV 20-00456-JAO-RT

Dr. Anthony Fauci, head of the National Institute of Allergy and Infectious Disease has been quoted on two occasions affirming these facts:

For these two reasons there is absolutely no question that forced mask wearing is a blatant First Amendment violation and that such a highly protected fundamental right such as this can only be allowed if it passes strict scrutiny… which it does not.

“There’s no reason to be walking around with a mask. While masks may block some droplets, they do not provide the level of protection people think they do. Wearing a mask may also have unintended consequences: People who wear masks tend to touch their face more often to adjust them, which can spread germs from their hands.”

“because I want to make it be a symbol for people to see that that’s the kind of thing you should be doing.”

In a March 12, 2020 article in Time.com Ria Sinha, a senior research fellow at the University of Hong Kong’s Center for the Humanities and Medicine, tells TIME:

Wearing a mask, she explains, has become a “symbol and a tool of protection and solidarity”—even if research proving their efficacy is lacking. “Mask wearing is not always a medical decision for many people, but bound up in sociocultural practice,” she adds.

Dr. Mark Smolinski, an infectious disease physician explains why wearing a mask acts as a symbol of respect for others in a Forbes article dated June 25, 2020, where he says:

“You wear a mask to protect others, and others wear a mask to protect you. Wearing a mask is a true sign of respect for others; it is not an impingement on one’s freedom as many have claimed. Wearing a mask tells the person you pass on the street, share an aisle with in the supermarket, or march alongside at a peaceful protest, that you respect them as a fellow human.”

A medical doctor from America’s Frontline Doctors explains in a press conference:

“We know these regular masks don’t work against viruses… That’s simply what it is… All viruses can get through… The reason we wear a mask… is because the fear is so massive in this country. I wear a mask so people don’t think I don’t care about them.”

It has become increasingly clear over the last 11 months that the ritual of mask wearing has become a form of symbolic expression intended to portray a “particularized message” ( see Nunez v. Davis, 169 F. 3d 1222 – Court of Appeals, 9th Circuit 1999) and that the regulation imposed through these ridiculous mandates is an attempt by Governments to mandate “a feeling of unity in its citizens”.

By refusing to take part in this act of symbolism intended to portray a message of compliance disguised as “respect for others” those who see through the façade and refuse to comply with the demands of the cult are then subjected to restrictions on free movement by being denied entry into most public spaces. Freedom of movement is the most fundamental aspect of the “right to be let alone” – which is the cornerstone of a free society.

When out in public it is not uncommon to refrain from speaking to others because of the inability to comprehend what they are saying due to being denied the ability to read their lips or clearly hear the words spoken. Face masks act like a muzzle making speech unintelligible and inaudible resulting in the suppression of typical human interaction. The right to freedom of speech includes not only the right to use your voice or to put words in print, but also the right to distribute, the right to receive, and the right to read and “reading” can be assumed to include reading expressions and reading lips. In fact, for the hearing impaired this is the only way for them to receive words spoken by others.

“As a general rule, laws that by their terms distinguish favored speech from disfavored speech on the basis of the ideas or views expressed are content based.” Turner Broad. Sys. v. F.C.C., 512 U.S. 622, 643, 114 S.Ct. 2445, 2459, 129 L.Ed.2d 497 (1994). In as much as a mandatory mask requirement acts to serve as a symbol of compliance to the rules of the Cult of Covid, so too does it then act as a law to prohibit disfavored speech in the sense that not wearing a mask would then signify your disagreement with government overreach.

A cult is a social group that is defined by its unusual religious, spiritual, or philosophical beliefs, or by its common interest in a particular personality, object, or goal. Absent any scientifically proven data that mask wearing by healthy individuals serves the intended goal, those within authoritative positions are not acting in a manner aligned with true science but rather in accordance with the Cult of Covid, in which its members maintain an unusual, irrational obsession with the idea that they can eradicate a virus by covering their face.

The belief that wearing an unsanitized, reused piece of cloth over one’s mouth just to enter a restaurant and walk to the table where they can then remove it for as long as they dine is completely devoid of logic and certainly cannot be considered scientifically nor medically sound, let alone sane. The rules around wearing a mask are so incredibly arbitrary and capricious that any critically thinking individual can plainly see that mandating their use is much more akin to a cult ritual than to serve a significant medical purpose. If the latter were the case only more effective N-95 type masks would be appropriate, not a bandana that sits on the dashboard and hasn’t been washed in months.

Because the supposed goal of a statewide mask requirement is to decrease or stop the spread of “Covid-19”, which we can see it has failed to do, and is in fact responsible for an increase in illness, it cannot be said to have a reasonable relation to the state interest, let alone pass a strict scrutiny standard of review which is the standard set forth when fundamental rights are being violated.

A regulation that is contributing to the problem it was created to solve can hardly be called narrowly tailored, especially when the regulation also presents many other harms both physically and emotionally. To ignore the negative impacts associated with a regulation intended to “protect public health and safety” is counter intuitive and downright irresponsible.

School children are being subjected to hours of oxygen deprivation which can lead to brain damage, “essential workers” are suffering through 40 hours a week of headaches, dizziness, increased heart rate and other detrimental side effects that can lead to accidents at work. Those who have legitimate physical or psychological limitations which make mask wearing impossible are being abused by their neighbors. There is absolutely no question that ongoing mask mandates are causing great harm to the population and yet there seems to be absolutely no risk vs. benefit analysis.

None of these government officials violating the people’s fundamental rights have produced any empirical, scientifically nor medically proven evidence that 1) a state of “emergency” exists beyond the television; 2) that the face mask requirement is a scientifically proven and medically sound mechanism for achieving the intended goal; and 3) that all risks involved in mandating a medical intervention without prior medical evaluation has been weighed against the benefits.

Mask mandates are perhaps the most egregious rule being imposed worldwide and it is absolutely time to put an end to this insanity. Just say no to the Cult of Covid and take a stand for freedom.

Your donations are needed to keep this mission of mine going to awaken the world to the truth and restore freedom! Your contribution will help me to continue to keep you up to date on the latest news. 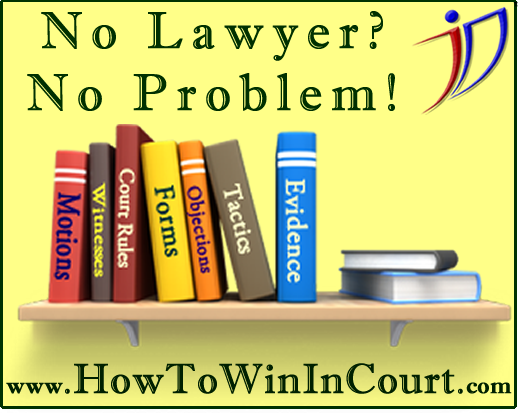